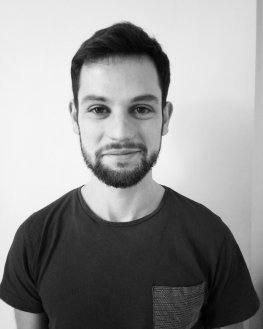 Colin is a didactic team member specializing in music in education as well as a project writer for Teatrino’s Pop Music and Culture program. After completing his degree in Italian Literature at McGill University, working in special education in Buffalo, New York (USA) and playing in various bands and musical ensembles in Canada and the United States, Colin completed the 2017 Pop Music & Culture tour with Teatrino and spent the following summer organizing activities with Educo’s camps. He is an advocate for music’s power to transcend linguistic barriers and engage students who may feel marginalized in a traditional classroom. Colin is thrilled to be able to put his expertise to work alongside his creative colleagues on Educo’s didactic team for the betterment of Italian education.